“Different kids are like roses with thorns”: An emotional text written by a teacher… 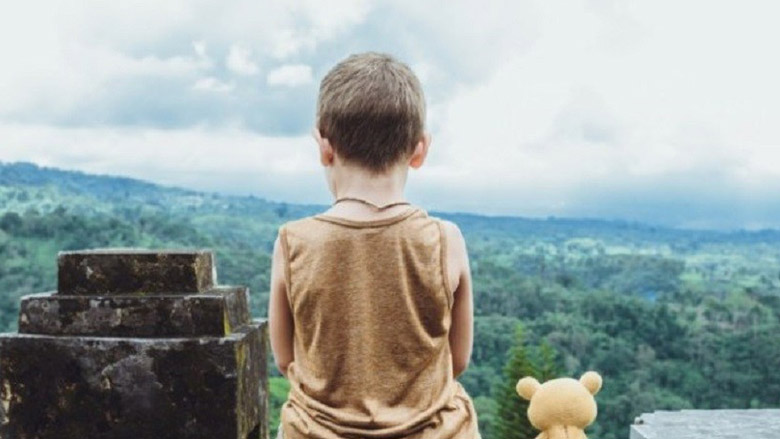 There are some kids that are different from others. They are like roses. A rosebush produces beautiful flowers but also has thorns. Thorns to protect it from reckless hands.

A rose bush wants us to collect its flowers; otherwise there would not have been such a distance between its thorns. However, it does not want this to happen suddenly, as it may lose some of its coloured petals and will be forced to pierce us with its thorns. The same applies to those different kids about whom you will read below.

All teachers have met children who, although they are good students, are silent in the classroom. They have a low-key personality. And we, the teachers, get to a point where we drive their parents crazy by saying them that their children are very undemonstrative and antisocial. So, parents worry about how their children will manage social life and, in many cases, seek the advice of psychologists. Why don’t we simply tell them that their child is just a low-key person, like so many other balanced people around us?

This introversion might be a huge advantage, as it can translate into greater concentration, higher efficiency and self-discipline: elements that many successful people need in their lives. And the worst thing is that these children with this extraordinary inner force are negatively affected by the expressions of adults and are tormented to become something that they are not, instead of accepting their special nature. And that is how particularity is now considered a disadvantage. This was, we cause problems that did not exist before.

There are children who have learned to function only through their performance in class and they feel like a fish out of water outside this context; they keep their treasured soul locked in a chest by pursuing grade-grubbing; They resent when class is interrupted by a joke or conversation and collapse when they don’t get perfect scores. And most of the time, we, the teachers, promote this unambiguous conception of themselves with our attitude, making them seem like tightrope walkers without a safety net.

You see, not only weak students but also strong ones need to feel teachers’ care sometimes; of course, for other reasons. We must make them understand that they are so many other things besides being excellent students. And unlock them. Without silly concerns like: “If they get carried away, they will lose their excellence in class”. On the contrary, let us realise that it is extremely important for them to occasionally get their mind off the lessons.

There are children who seem to be invisible, whose names are many times unknown to teachers. They are weak students who have accepted their fate, i.e. to stay on the margins of school realities. With no self-esteem, they just come and go everyday, many times without anyone having even talked to them. For days, even for weeks, without anyone having taken care of them.

They wear the mask of apathy but their silence is deafening. “I am here too!!” In this case, teachers must lean on them, as we do when someone wants to be lifted. We must look them deep in their eyes and, even if they are embarrassed, we must show them that they have the same value as all other children. And we must “never again get off their back” in a good way.

Students seating in the last row

There are also some other children who usually seat in the last row. Those children, contrary to the invisible children, make us well aware of their presence. They make noise, talk, don’t pay attention. They are a real headscratcher for the teachers and many of their classmates. Teachers usually resort to strict methods for discipling them. They appear to be very strict towards the class in order to control the situation, and as a result both teachers and class suffer.

The logic is: “The head hurts, let us cut off the head”. The teachers argue that: “I won’t let them create a havoc in my class” without realising that they have already spoiled the lesson themselves by implementing a firm discipline. In reality, the exact opposite tactic is needed. First, we have to lighten the mood: We (i.e. the teachers) must learn to bear the presence of those children without being disrupted, and, then, try to involve them in the learning process. There is a secret to re-orient their dispersed potential. It is called interest.

A two-way interest. To make them feel that we are interested in them and to make them be interested in us and, through us, in the lesson. We have to talk a lot with those children. They listen and feel, even if they seem to do exactly the opposite. Those roses are wild, have more horns than others, but do not doubt even for a single moment that they deeply want us to like their flowers.

Children with an obsession in popularity

Let’s be honest, popularity among peers plays a significant role in children’s self-image. That applies to most of the students and especially nowadays where most people have also a digital self. However, there are some children who have made popularity their ultimate lifestyle guide. They live with the existential angst of having many friends and social media “likes”, of being accepted, as well as of having a cool image and upbeat mood.

As a result, among other things, they feel indifferent to growing other, more meaningful aspects of their selves besides their image. Those children look like roses with too big, too many and too brightly coloured petals, ready to be scattered by the wind, as their branches are too weak to hold them. School must help them redefine true value and distinguish it from the virtual reality. It has to motivate them to de-emphasize the value of popularity by developing true friendships.

There are children who do not look like most of their peers, who are outside the usual norms and seem not to bother much about what others think. Children, who might dress funny, might read and write poetry from this early age, devoted to some sort of art, or computer geniuses. They are lonely but, in this case, loneliness, is their choice. Their classmates usually look them in curiosity and teachers feel awkward about how to make them become interested in their class.

But they are simply themselves — nothing more nothing less. While most kids shudder at the thought of “feeling apart from the others”, that is to differ from the other children, these kids seem to even enjoy it. So, what can school do with those children? In my opinion, it has to allow them to express themselves, to motivate them to cultivate their particularities rather than force them to lose their unique personality for the sake of homogenisation and acceptance by the group. At the end, who gets to tell that self-sufficiency and creative loneliness are character flaws?

By way of epilogue: Teachers must be constant gardeners.

School must nurture the two most important, in my opinion, pedagogical values: Uniqueness and potential, that is every child “is worth” and “can”. Every child is unique and there are no standards. Education can help every child grow or change some aspects of themselves, as long as they truly want it. As long as it is them who want to do so; not forced by others.

The only thing in which those children we described above differ from the others is that they need a differentiated approach. We, the teachers, must accept all children as they are and give them the choice to change. Like constant gardeners, we must take care of our roses: they need adequate sunlight and water, proper soil and frequent pruning to blossom.

But we cannot determine the colour or size of their flowers. It is not our job to tell our students who they are or who we want them to be, but we must help them discover on their own who they want to become. Of course, this requires a strong personal relationship and communication. We have to talk to them. And if someone calls us crazy because we talk to our roses, we can reply to them with a smile:: “I’m surprised you didn’t know that it has been proven that they can feel”.

When you visit any web site, it may store or retrieve information on your browser, mostly in the form of cookies. Control your personal Cookie Services here.